The setting of The Man in the High Castle is located in the United States of America, where it is now split up between the Pacific States and the Greater Nazi Reich. The geography of the story plays an incredibly important and relevant factor in accentuating the dystopian nature of the lives of the characters. Throughout both the book and the series, there is an obvious distinction between the two sides of the country. The Reich is much stricter, while the Pacific States are more relaxed in their laws but hold less power than the Reich. The contrasting aspects between the two sides of the country adds to the rising political tensions that occur within the plot. Through the description of both the Pacific States and the Nazi Reich, as well as the visual depiction of the areas, there are subtle differences as well as similarities between this version of America and the one we see today. This distinction reinforces the social construction of how divided our country is although we are unified as the “United States”. In the future, the separation can expand beyond just political views and turn into America becoming two completely sovereign states.

The way in which America is divided up in the book and series is reflective of how the United States is typically divided in today’s society. Although the United States is unified as one nation, we see that the cultures of the West and the East can be as divergent from each other as the Pacific States and the Reich. The Pacific States and the Reich have high political tension towards each other since their views completely contrast. In the Pacific States, the policies are fairly relaxed, and will tolerate some diversity within the population. Whereas in the Greater Nazi Reich, although the Kempeitai in the Pacific States have free reign they are not as cruel as the Nazi’s SS. There is also no tolerance towards people who may be seen as inferior, so Jews and disabled people will be exterminated. In the same way, the West and the East Coast is split up by its political views. In the West, all news stations are liberal and the people are generally in support of leftist views. While in the East, there is a trend to be right-wing and the way the news is presented on that side is also reflective of that. We can see the split in political views the most during presidential elections where there is the trend of all of the states that border the Pacific Ocean will vote Democratic while most of the states in the East will vote Republican. By having the Pacific States encompass the West Coast up to the Rocky Mountain States, and the Reich be represented by the East Coast, it highlights the distinctions between the two areas. There also tends to be an association that the West Coast is modernized and innovative as it is home to Silicon Valley, while the East Coast is seen as traditional and old-fashioned due to the country’s infrastructure originating here. Relating this back to politics, the political trend reflects this as the West Coast’s liberalism focuses on progression while the East Coast is relatively conservative. In Claudio Lomnitz, Nationalism’s Dirty Linen, they state that a contact zone for nationalism is the connection between traditionalism and modernity, this can also cause for a rupture in nationalism as “modernization destroys an aspect of the status quo that can claimed as a national tradition, a contact zone emerges in which the modernizing agent is assimilated with ‘foreignness’”. Due to the West Coast and the East Coast being highly contrasting in modernity, we view them as almost two autonomous countries. In Dick’s novel, the similarity of the split between the two sides of the country reveals the probability of America becoming fissured into multiple nations. While we may not fall under the rule of the Japanese or Germans, it is still highly conceivable that America’s current national identity is not enough to keep the entire country united under a single name.

The entire plot revolves around how America is now split up into two completely new societies, yet there are still pieces that connect this alternate reality to the America that we see today. For example, in the first episode of the series, when the environment of the Pacific States is first introduced, San Francisco is now controlled by the Japanese but it still has a very distinctive San Francisco Chinatown aura that we can see today with the cars and colors. In the background, you can also see the classic Golden Gate Bridge, emphasizing that this is the same location you could see currently in America. In the Greater Nazi Reich as well, the Nazi symbol is plastered all over the screens in New York’s iconic Times Square layout. By making the setting have a slight American atmosphere it perpetuates both the massive differences in realities, but also that this reality can be extremely probable. While the situation in the story seems improbable and an insane alternate reality, the depiction of the environment the characters reside in makes the world more tangible and easier to imagine as a real phenomenon. It causes for a sense of urgency and emphasizes the political critique when there is “a world that, as with all dystopias that connect, is a distorting mirror of our own” (Fisher 97). The story is supposed to be set in a world that is contrasting to our reality, yet it is completely recognizable and disturbingly similar. The relation between our reality and the reality set in Dick’s novel is defined by the details of geography that is shown. What this reveals about the future of our current reality is that an America that is controlled by a power that is not our own, or is not familiar to the one we experience today, is absolutely possible. Although the United States has enough national identity to have its own distinctive character and landmarks, the entire country can be seen as no different from two different countries that happen to neighbor each other. 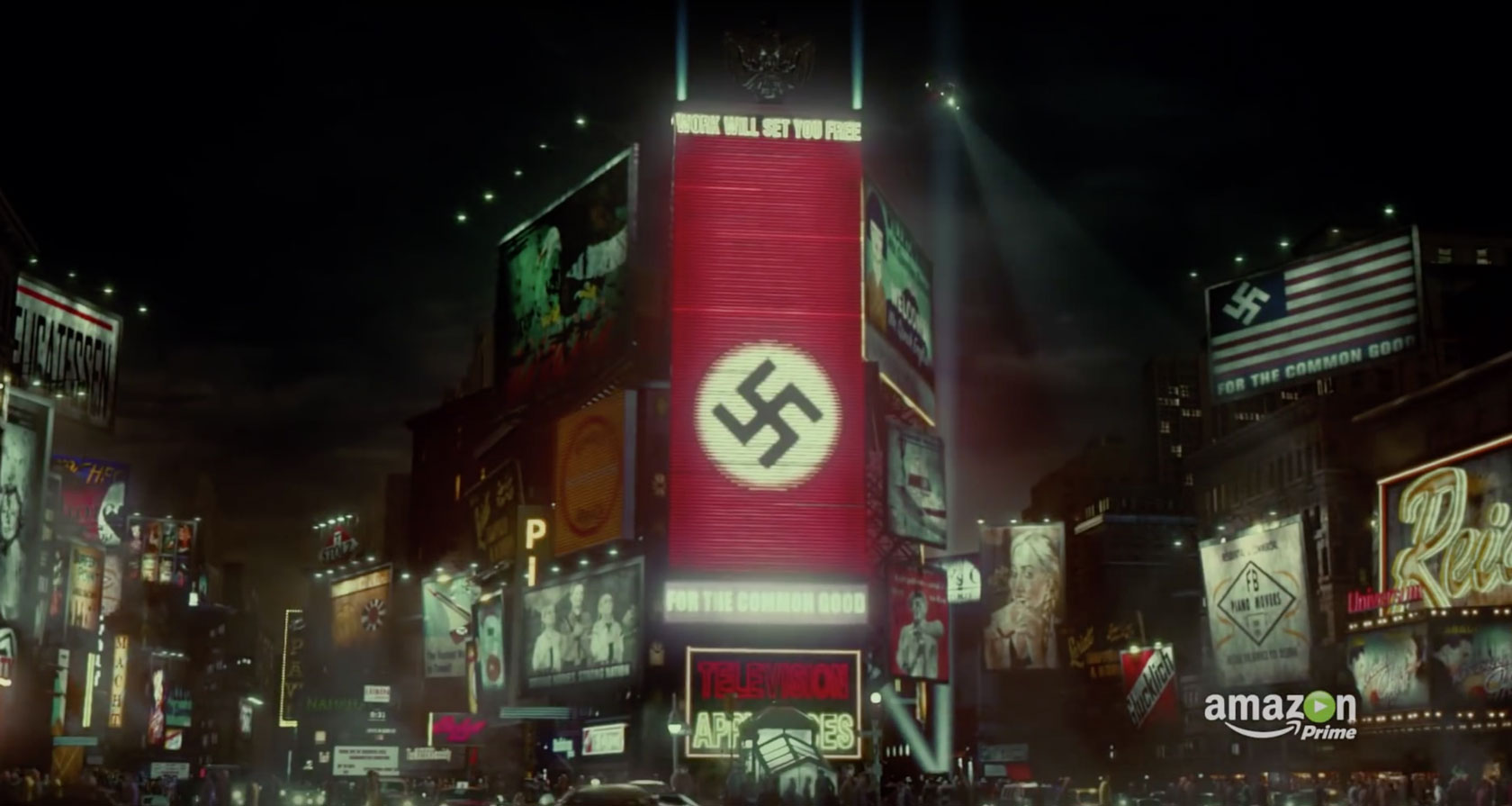 What Dick infers about the future of America is that it does not find its strength in its unity, although the name seems to imply that the country is perfectly in tune with the idea. There are a variety of ways that the America depicted in The Man in the High Castle is analogous to the America we are currently living in, and there are a multitude of ways that there are different. These differences illuminate the similarities and vice versa. The parallelism between the two depicts a dystopia with a fair amount of realism. It makes the audience seriously consider a world where the Allied powers won World War 2.